• The Irish Flag was officially accepted by the Republic of Ireland during the War of Independence with England in 1919. The Tricolour became the country’s official flag when Ireland became a free nation in 1921.

• The flag was first flown by a Waterford man and an Irish American Patriot Thomas Meagher. This occurred in his native city in Waterford on March 7th 1848.

• There was talk of the tricolour flag in 1830 and 1844. However, after it was first flown it was used all over the country  with French tricolour by its side to celebrate the French revolution that had just taken place.

• Ireland at this time was divided between Catholic and Protestant and was also suffering from the ‘Great Famine’ which killed millions of people and caused another million to emigrate. 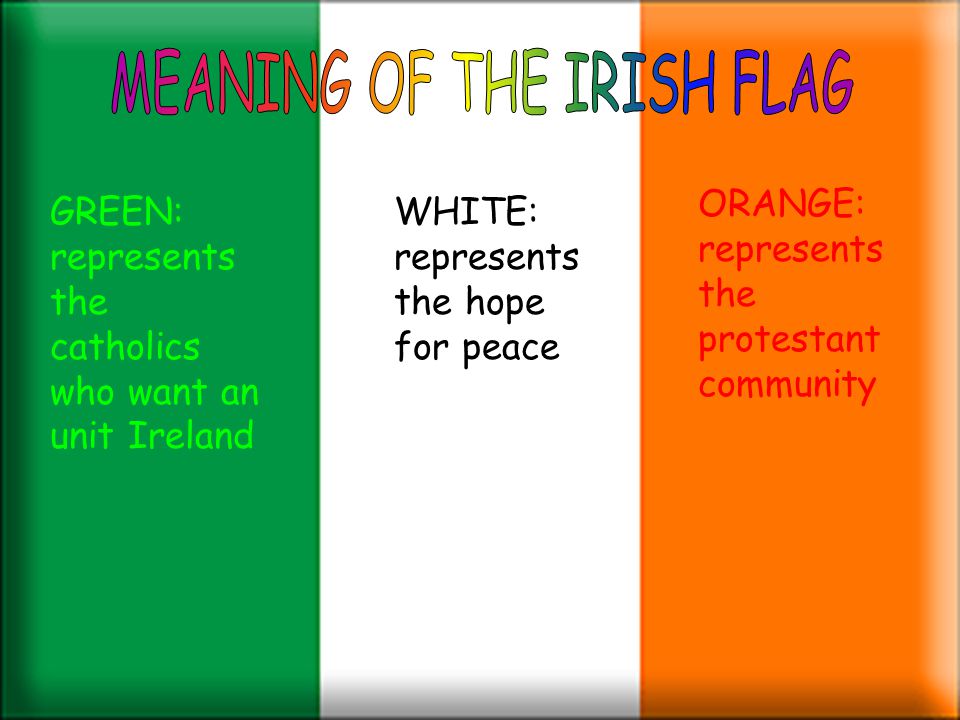 • Thomas Meagher hoped for a new United Ireland where the Catholics and Protestants joined forces for Independence. The ongoing revolutions at the time in places such as Paris, Rome and Vienna had inspired young Irelanders to overthrow British rule in Ireland peacefully if at all possible. In Dublin on April 15th 1848, Thomas Meagher presented a silk flag that had been presented to him in Paris.

• Two other leaders of the rebellion escaped to America to form the Fenian Brotherhood Secret Society which in turn led to the formation of the Irish Republican Brotherhood forming in Ireland.

• Many years later the IRB arranged and led the Easter Rising on Easter Monday April 24th 1916. The IRB, Irish Volunteers and Irish Citizen Army flew the Irish tricolour from the top of the GPO in Dublin. The flag was now becoming more widely accepted.

• After independence in 1922 the flag was used by the Irish Free State and was included in the 1937 Constitution.

• Sometimes you may see flags with gold on them instead of orange but the Irish Government feels this should be discouraged so as not to discriminate against Protestants.  There are some rules that come with the National Flag. The main one is that no other flag should be flown above it. Care must be taken with the flag ensuring it does not touch the ground or become caught up in trees. The flag should also never be defaced, drawn on with slogans or any form of lettering. The rules also state that if there is any damage to the National Flag it should be replaced so it is displayed in a respectful manner at all times.

• Today, the tricolour is that of great significance and a symbol of Irish pride. It remains an important reminder of the peace that has been achieved and the progress that has yet to be made. 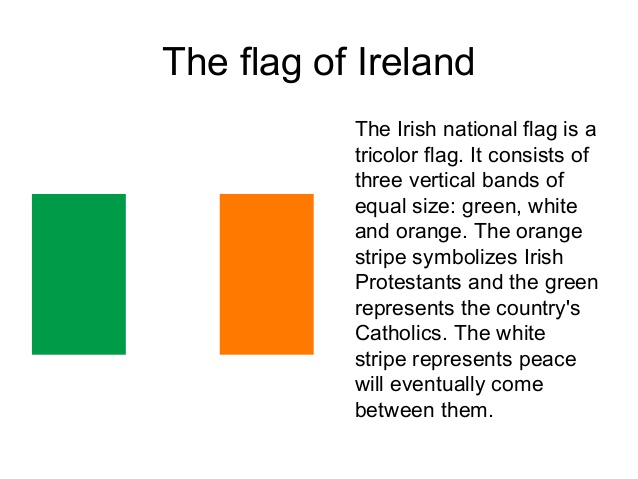