Irish Red Setters are hunting dogs. They are known for their stunning appearance and are equally known for their rollicking attitude. They are clownish rogues of the dog world. Setters are lively, clever and come with a great sense of mischief. Rich red in colour with floppy ears, they have a lifespan of between 10-15 years and have lots of energy, meaning they require a considerable amount of exercise as they love to run. Setters are a good size dog, between 25-27 inches in height. They stand tall and elegant in appearance and are a high spirited dog with a kind temperament which makes them great family dogs. 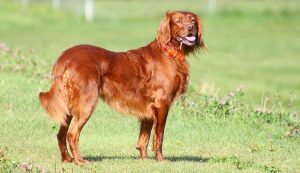 Red foxes are common throughout Ireland in both rural and urban habitats. They live in a single family unit and hunt alone. They are elusive and largely nocturnal. The foxes usually stay well-hidden and many people go about their lives completely oblivious to the proximity of this striking mammal. 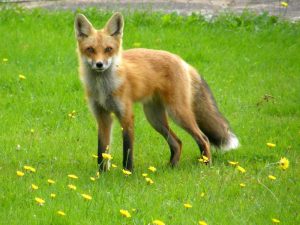 Galway Sheep our a breed from the West of Ireland. In appearance their faces are completely white and they have a characteristic bob of wool on their head and wool on their legs. The outer lips are a dark colour and dark spots on ears are common. 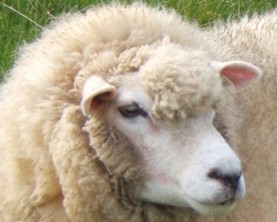 The Connemara Pony is a breed originating in Ireland. They are known as Capaillín Chonamara. This breed is a strong, yet kind natured and is unique to the West of Ireland. They are of Scandinavian descent and were brought to Ireland by the Vikings. Up until the 20th century these ponies were a core part of Irish households and were used to pull ploughs , carry turf and bring family to mass on a Sunday. They have a calm temperament making them popular for trekking and riding and they are also fabulous at show jumping. Now bred internationally, they are the largest of pony breeds. The first Connemara pony was imported to Australia in 1963 who share a massive love for this breed. 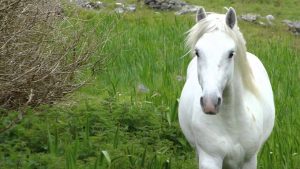 The Irish mountain hare is one of Irelands longest established indigenous species of mammal. They are found on mountain tops and in bog land areas. They are distinguished by having a stockier build, pure white tail and shorter ears. They are much larger than rabbits and have a more upright stance. Hares have developed senses of hearing and smell and have good vision. Their long powerful hind limbs allow them to outrun most predators. Females will usually have 2/3 litters per year and approximately 2-4 young in each. 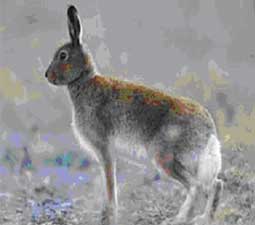 The lizard is noted for being the only species of reptile native to Ireland but can be found throughout the United Kingdom .

There are in total 9 native Irish dog breeds– four terriers, three gun dogs and two hounds. They were all working dogs but formed an integral part of Irish family life and were excellent companions.

Glen of Imaal Terrior is a strong independent dog breed. They are named after the remote isolated valley in Irelands Wicklow mountains where the dogs originated. Sometimes the name is reduced to just Glen. Bred to hunt fox and badger and to keep homes free of rodents, the Glen is a skilled and cunning hunter.

Irish Water Spaniel is a hunting dog known for its red curls, rat like tail and naturally oily coat. It is a breed of dog that is one of the largest and one of the oldest of spaniels.

Irish Moiled Cattle The name comes from the Gaelic word ‘maol’ meaning bald, relating to the fact that these cows do not have horns. They are usually red with white areas along the back and underside and flecked faces with a dominant dome shape on forehead. They are a low breed and named for their rounded head. This distinctive breed originated within the counties of Sligo, Donegal and Leitrim and is considered one of the oldest Irish cattle types. The largest population of Irish moiled cattle is actually in Finland. 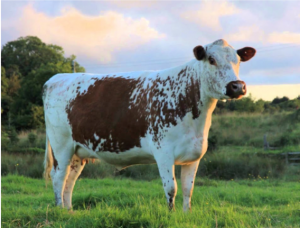 Kerry Bog Pony is a small mountain and moorland breed that originated in Kerry but is now found all over Ireland. Numbers are very low and the breed is still critically endangered. They are known to have a good temperament making them a good child’s pony.